24 hours in the life of a flight animal, caged in a box. 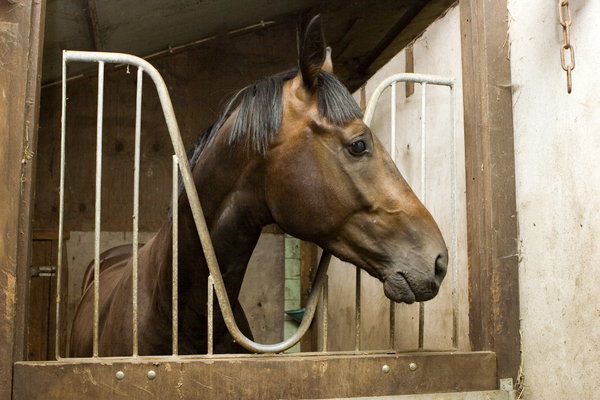 19:30
Food. My owner was there, she cleaned me and rode me in the hall. It was dusty and I had to cough. Therefor I could see other horses without metal bars in between. I could greet and sniff two. For the rest I had to run in a circle. I didn’t exactly understand what she wanted from me, it made her impatient. When she doesn’t sit on me, she’s nicer, scratches me, talks with me and always has something nice to eat. The running around was tiresome, my short fur was completely wet. She put me under a machine which was really hot and I dried quickly. Standing around. The stable cats joined me. When I came back oat and hay had arrived. Threatening the neighbour. Eating.

23:30
Snoozing. It is dark. A few horses nibble their straw. My stomach hurts. Standing around. Some have laid down. Turning around. Standing. Snoozing.

01:30
Snoozing. A few rats run over the metal bars. Standing around. Rustling of straw. Snoozing.

« The Giving Tree (by Shel Silverstein)