Just a few days before the upcoming solar eclipse on Friday morning, March 20th, Mother Nature had yet another nice surprise for us at hand.

Due to a massive CME (a Coronal Mass Ejection, where the sun spits out a lot of particles) directed towards the earth, many places in Northern Europe were hit by this stream of particles.

However, as we’re shielded by the magnetic field within and around the earth, the particles were bounced off in various directions. This bouncing of charged particles caused a beautiful colourful spectacle called Aurora Borealis, also known as Northern Lights.

From spaceweather an actual view could be found where to expect these beautiful colourful flames; around it’s peak it looked like this:

Also via aurora-service.eu the forecast was predicting an intense hammering of our planet by solar particles.

Down south, here near Darmstadt, the sky was too bright to be able to see much, and we were also too much down south. However, beautiful images were being captured (also from the USA). 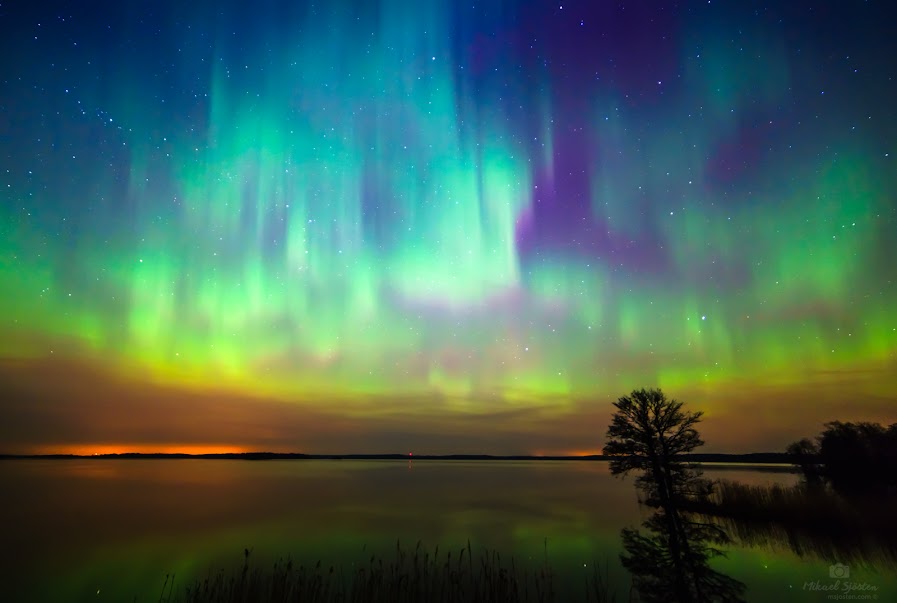 And some more local images:

From Zwolle, The Netherlands, by Hans van Eijsden

From Friesland, The Netherlands, by Jeroen Horlings

From Terschelling, The Netherlands, by Albert Wester

It has been about 13,5 years ago I’ve seen polar lights glowing orange/greenish; I hope to be able to catch a bit more of it soon.