Today it’s exactly 5 years ago Jr & I arrived in our new home in Germany, in the Bergstrasse underneath the Odenwald.
I remember it as the day from yesterday, the truck with all our stuff, the last visit to friends we made in Holland, but most overwhelming was the trip from our old home to our new home.

With everything perfectly planned and arranged, nothing could go wrong. However, the weather was not really our friend. A big ‘Tief’ (depression) arrived over exactly the roads where we had to drive on. The weather would become stormy and quite a lot of snow was expected.

And yes, I know I had promised Jr snow – but I didn’t expect it to be knee high when we drove through the mess on the Autobahn.

It was already getting dark … Near Limburg an der Lahn there were even some trucks gone “offroad”. I could only hope it wasn’t the one that had my stuff in it. Luckily I had it all insured, but still, it doesn’t feel comfortable. Not much later I got a call from my truckdrivers they were safe and OK.

The first messages we saw next morning on TV were about the immense snowfall, that it had broken down several powersupllies in mid-Germany 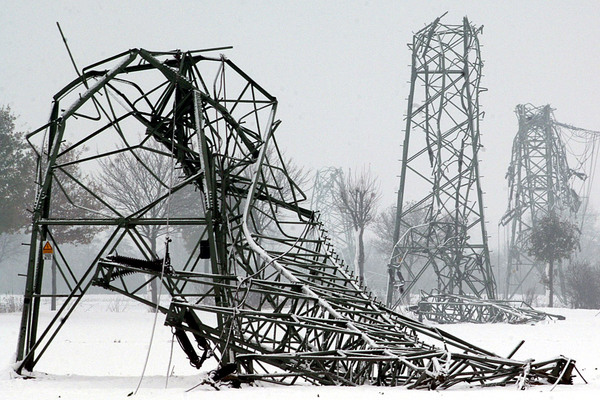 Also the news of those days was the “Gammelfleischskandal” – old meat being frozen for a long while and after that being sold as “fresh” … which ofcourse it wasn’t. Since then I didn’t really could not get ‘warm’ for a doener, strangely enough ;) And we’re still here. Not planning to leave. We feel at home here, with our family and friends – even if they come from far, they’ve always got a warm welcome here :) Despite the thick layer of snow in the winter and having to sleep outside in the summers – watching the stars :)